After Lulu Ge went off birth control, she started experiencing painful cramping before her period. “My medical team kept trying to re-prescribe me hormonal birth control,” she remembers. Determined to solve the problem in a more holistic way, she consulted Dr. Xia Hongsheng, a chief physician of Traditional Chinese Medicine, who created an herbal blend to ease her period pain. Within a month, she wasn’t noticing any cramping at all.

Alisa Vitti used to experience period cramps so severe, she compares them to labor contractions. As she studied nutrition, she learned that the balance of fatty acids in someone’s diet can affect their body’s release of prostaglandins — chemicals in the body that affect uterine contractions. She cut back on seed-based oils like canola oil and started consuming more foods with healthy omega-3 fatty acids, like fish, among other nutritional changes. Soon, not only was her period pain gone, but she was actually able to have another child without pain medication.

Lauren Schulte Wang not only would be in pain during her period but would often experience yeast infections shortly after. After a nurse practitioner suggested that her cotton tampons may be to blame, she began researching tampon alternatives. There were very few options, which led her to invent her own, FLEX, a menstrual disc that’s made of a medical-grade polymer. This not only got rid of her pain but actually reduced her yeast infections.

Period pain is often depicted as a natural part of having a uterus. Doctors rarely offer solutions other than birth control or painkillers, and it’s not uncommon for vagina-havers to be told their pain is in their heads. Endometriosis, an illness characterized by several menstrual pain, takes 10 years on average to diagnose largely for this reason.

But as these women’s stories show, menstrual pain frequently points to a problem, such as improper nutrition, hormonal imbalances, and exposure to toxic chemicals. In a world where doctors often present hormonal birth control and painkillers as the only options, people are creating their own ways of addressing period pain and the underlying causes.

“The pain makes us feel like we are hysterical. The pain is real and it is a medical condition and requires care.”

While some of the research is new, these women’s approaches to their own period pain are scientifically backed. There’s evidence to support the use of herbs for period pain, says reproductive endocrinologist Aimee Eyvazzadeh, MD, but it’s not something she was taught in med school. That’s where Ge’s company, Elix, comes in: In collaboration with Hongsheng and a medical advisory board, they create personalized herbal blends to ease people’s period problems by combating hormonal imbalances and inflammation. Ninety-three percent of customers who use their flagship product, Cycle Balance, report improved symptoms in the first three months.

Similarly, the role of nutrition in menstruation is well-established: One study found that women with diets high in sweets and junk food have quadruple the incidence of period pain. Many women also report bloating leading up to their periods, which could be prevented through diet as well, says Eyvazzadeh. To help women tackle period pain and other menstrual issues through nutrition, Vitti started her company, FloLiving, which provides nutritional counseling, and her period-tracking app MyFlo, which gives dietary recommendations based on where you are in your cycle.

There’s also evidence to suggest that chemicals in pads and tampons, such as dioxins and Polychlorinated Biphenyls (PCBs), can contribute to period pain. Dioxins, for instance, have been linked to progesterone imbalances and endometriosis. Some menstrual products also contain BPA, a hormone-disrupting chemical that comes from producing plastic, which can contribute to infertility, says Eyvazzadeh. This information is behind FLEX, which works similarly to a menstrual cup and has helped with cramp reduction in 60% of customers, and other companies like Organic Initiative and Cora, which provide organic period supplies.

Not to mention, there are often more serious health conditions at the root of period pain, like endometriosis, adenomyosis, fibroids, pelvic inflammatory disease, adhesions, or polyps, says Eyvazzadeh. One reason menstrual pain appears “normal” to many is that these conditions often go undiagnosed. “Women are always made to feel like their symptoms aren’t real and that they are all in their heads,” says Eyvazzadeh, who has come across many patients who think they’re “crazy” because of their pain. “The pain makes us crazy. The pain makes us feel like we are hysterical. The pain is real and it is a medical condition and requires care.”

If you’re experiencing period pain, Eyvazzadeh recommends seeing an expert in pelvic pain and asking for explanations behind the pain and what you can do to improve it, which can include everything from prescription medication to changes in diet and exercise.

The most important thing Vitti wants those experiencing period pain to understand is that “the whole concept that your period is supposed to be painful” is based on a “false misogynistic gender-bias view of your body that it’s supposed to be this terrible monthly experience from which you cannot escape the suffering.”

The cause of period pain is not the same for everyone, and some cases may be more challenging than others. But what all these women prove is that rather than needing to resign yourself to pain or other negative symptoms every month, you have options for easing it. “What the science says is actually that…if you put the wrong ingredients into your reproductive ecosystem, you will have pain,” says Vitti. “When you change the inputs, the result of that equation changes.” Thankfully, there’s now more knowledge than ever available about how to do this, as well as more women who are empowered to apply that knowledge. 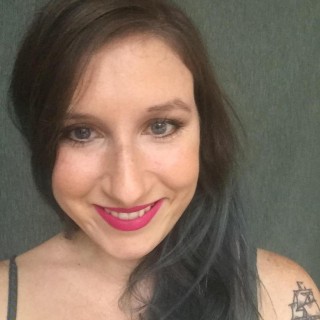