If your first instinct upon catching another person flirting with your partner – nay, even eyeing them from afar – is to start an impromptu fight club, you’re not as crazy as you think. You’re answering the call of one of nature’s oldest instincts: fight for a mate, or find yourself childless at the bottom of the social hierarchy.

Humans have long circumvented the need to reproduce on a constant basis (hello out there, all 7.6 billion of you!), but the need to find a partner and dig our claws into their hearts is still fiercely imprinted in our brains. But just like in nature, it’s also fairly common to have the itch to stray.

Ok, but I’m still jealous AF. Why would I let another person’s grubby hands on my partner?

Polyamory and other open relationship styles are on-trend at the moment, but to call them a fashion of the times ignores centuries of poly history (which you can read on your own time, since this article is about you, not the Ancient Romans). When one partner just wasn’t enough and folks decided to be civilized enough not to cheat, poly relationships formed. Humans have been negotiating various forms of open relationships for ages.

Poly has taken the spotlight again thanks to the awesome, new sexual revolution we’re experiencing surrounding pleasure, sex toys, and self-expression. Though there are nearly infinite ways to make it work for your partnership, the gist is that one or both of you gets to experiment with emotional and/or sexual connections outside of or within your current relationship, albeit with each other’s consent and total honesty. The two of you might date the same person together, or maybe you’ll both find respective partners that aren’t interested in screwing the person you live with (although sharing a beer together might be a-ok).

So what happens when opening things up sounds awesome, but you can’t deny that you’re the jealous type? Believe it or not, a lot of poly couples are, too! Jealousy is still pretty natural, and you can still practice polyamory while handling the green-eyed monster.

Before you jump the gun and turn your Tinder account into a potential poly nightmare, do some soul searching – alone and with your partner – to figure out if you’ll benefit from the entire point of opening up: finding your most blissful love style.

Decide Whether This Really Turns You On

Like monogamous relationships, it’s fine to figure out the fine details while you’re all dating and playing touchy-feely. But don’t get someone’s hopes up and then leave a potentially awesome new person in limbo because you realized midway through that this is so not for you, like at all. It’s a pretty shitty thing to do even under typical dating circumstances, so figure out first base before you start to run for it.

Don’t Fall Into the Unicorn Conundrum

Real poly couples are rolling their eyes right now. Finding a unicorn – a third partner, usually a single woman, to join a bi-curious but mostly straight couple in the bedroom – is both Millennial joke and a bane to those who’ve been practicing poly for years. This scenario so rarely works out that finding a mythically perfect third partner is about as difficult to conjure as a one-horned horse.

The problem is that newbie-poly couples forget that this third person has actual emotions, needs, and sexual fantasies of their own. They’re like a pair of kids in a candy store, so focused on diving into this delicious platter of new sexual treats that they’ve completely ruined dessert by grabbing for all the sweets at once.

Poly triads – the proper name for when a couple takes a girlfriend or boyfriend – are great when they come together nicely, but you’ve got to actually date this person and find out who they are. Figure out before you hop in bed if two’s company, but three’s a crowd of mismatched needs. Don’t turn your third into a third wheel.

Relationships can be a total mess in between the magic, but you still keep coming back to please your partner, right? Going poly is no different, except there’s a little extra specialness on the side.

Compersion is a feeling of happiness and satisfaction from seeing your beloved in a fantastic relationship with someone else. This is what keeps poly-style relationships afloat. Even through bouts of jealousy, it still feels amazing to know your partner is having amazing sex or a fun evening on the town with another.

The glue that keeps the compersion flowing are sweet nothings and loving gestures that continually show your partner(s) that they’re still special and hold a unique, irreplaceable spot in your life. If you’re feeling a little jelly after your dude just came back from another date, just say so (in a nice, calm way), and he’ll undoubtedly be happy to tell you that he’s not going anywhere.

“What Do They Have That I Don’t Have?” – Nothing…and Everything

We’re all baffled when celebrity couples cheat. How could he cheat on a perfect 10 with the nanny? How could she leave that movie star stud muffin for that guy? An old boyfriend once made it perfectly clear to me when I asked what was better about his ex-girlfriends/other girls/celebrity crushes than me: “They’re not better. They’re just different.” Boom, and there’s your answer. It’s never really about you, and yet it totally is, and that doesn’t have to be a bad thing.

One of the pillars of poly is that no one expects anyone else to fulfill all of their needs because it’s an extremely unrealistic and stressful thing to do to someone you love. That’s exactly why it’s acceptable and even preferable to have more than one romantic partner. Maybe you love oral sex, but it’s a turn-off or even a trigger for one of your partners. Good news (at least if you’re poly)! You can always find someone else who loves indulging your desire for tongue action without interfering with your other amazing sex life.

Open relationships are the epitome of having your cake and eating it, too – and then eating a double-fudge brownie when you’re done. Everyone ends up happy and fulfilled.

Know Your Limits – And Remember Your New Partner Will Have Their Own, Too

Bringing a third (or fourth) partner into the bedroom is a bit like jumping into the deep end of the pool over 1st grade summer break. Damn, that water looks fine – so fine that you’ve forgotten you barely know how to swim yet.

This is a time to examine your emotional and sexual limits with a fine-tooth comb. Think about everything you’ve tried and loved, or tried and hated, or still yearn to experience. Most of this will come into play at some point – long after you’ve already made these rounds with your current partner – when there’s more than two of you involved.

It’s super important to know yourself when you’re polyamorous. Otherwise, how will you know what to do when your new partner throws a previously unthinkable curveball in the bedroom or on a date? You’ve got to learn how to be open-minded, sex-positive, and willing to try new things while being true to your own needs. Easy? Nah. But totally worth keeping things safe, sane, and happy for everyone? Definitely.

Up Your Honesty Game

The absolute bottom line of poly life and open relationship success? You can forget about it if honesty and clear, communication aren’t your thing. There’s simply no room for games when you’re getting down with multiple partners.

STI exams and safe sex are obviously a must. You’ve got to be flat-out honest with everyone you sleep with, and vice versa. And just because you currently have an STD doesn’t preclude you from going poly – it just means your new partner will trust you more. Being upfront gets you everywhere here.

Ready for the scary part? Emotional intelligence plays the biggest role. There’s no use bottling up jealousy, anxiety, fear, anger and all those other ugly parts of being human. They’ll just bubble up later and turn into a nasty argument.

This is why knowing yourself and your partners is the key to poly happiness, and the best part is that you can all explore each other together. In fact, you’ll find that most open folks are better at communicating their needs than typically monogamous people. When you’re working with a group of three or more, judgement and reservations go out the window. The real beauty of polyamory – yes, even if you’ve still got a touch of the jelly – is that there’s no room in a crowded house for anything but big, big love. 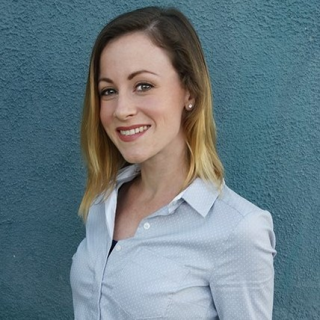 by Colleen Godin
website
Colleen Godin is a seasoned pleasure product professional and avid outdoors-woman (though rarely both at the same time). She has worked in the sex toy biz since college. From the adult boutique counter to traveling the country for major toy manufacturers, she's seen the good, the bad, and the ugly of sex toy design. She now specializes in writing, marketing, and media for sex toy companies and sexual health businesses.
RelationshipsSex!
Share:

These feminist friendship quotes will uplift, empower, and bring you closer together.

Here are some tips for nurturing good friendships that last.

Neurodiverse dating can be more complicated, but no less fun and interesting, than neurotypical dating.

5 Signs Your Partner is Emotionally Unavailable

You may have an emotionally unavailable partner. But what exactly does that mean?

Dating Apps: The Good, The Bad, and The Ugly

Since the ‘90s, online dating has become a part of daily life. Let’s take a look at the good, the bad, and the ugly of dating apps.