Have you ever heard the term demisexual? It refers to one type of person who falls under the umbrella of asexuality. But unlike asexuals who never or rarely feel sexually aroused, we demis do get lusty under certain circumstances.

Those distinctions can be difficult to understand for those who consider their sexuality to be “normal.” (Pro tip: there’s no such thing as “normal.”)

But if your sexual radar is usually triggered by physical attraction, a person’s intelligence or their sense of humor; if your sex life is dominated by hook up apps and one-night stands; or if you fantasize about “love at first sight” after seeing your dream partner across a crowded room – the concept of demisexuality can be hard to grasp.

Here’s a quick look at what it means to be demisexual.

As I mentioned at the start, a demisexual is someone who is only aroused after they’ve formed a strong emotional connection with another person. More formally, according to the Demisexuality Research Center at demisexuality.org, it’s “a sexual orientation in which someone feels sexual attraction only to people with whom they have an emotional bond.”

Is demisexuality really a sexual orientation? In a way, because people don’t choose to be demi. It simply is who they are. Gender identity and other aspects of sexual orientation have nothing to do with whether someone is demisexual; straight, LGBTQ, pansexual/panromantic and transgender people may all be demis.

Demisexuality doesn’t define who a person is attracted to. It defines how they form that attraction. That’s why some choose to call it a sexual identity rather than a sexual orientation, But as we all know, sexual terminology is a tricky subject these days.

The term “demisexual” first gained acceptance in the early 2000s, when the Asexual Visibility and Education Network (AVEN) website at asexuality.org shed light on what it called the “asexual spectrum.” That spectrum broadly expanded the relatively-new understanding of asexuality (often shortened to “ace”), which had been described as having either a lack of sexual attraction or low interest in sex.

Demisexuality falls squarely into the asexual spectrum, which includes a number of other sexual identities. They include:

Demis certainly knew that their sexual feelings weren’t in the mainstream, but this recognition by the asexual community was the first time most could identify with a group of people who shared those feelings. I can tell you from experience that most MDs and PhDs are unlikely to understand asexuality in the same way that asexual people can.

Here’s something very important to understand about demis: even when we form a close emotional bond with someone, that doesn’t mean that we want a romantic relationship with them, or that the connection will always lead to sexual activity. We might want either or both of those, but it’s just as likely that things will remain strictly platonic. However, there’s no way that we would ever want the relationship to progress to romance or sex unless we first felt that deep bond.

How Do Demis Develop Attractions?

Most demis I know don’t get celebrity crushes because we can’t feel attraction to a stranger. Actually, we’re more likely to fall for a fictional character and the feelings they inspire. We’re unlikely to salivate over some photo of a stranger, like Ian Somerhalder. But we might fantasize about Damon Salvatore, or another fictional character he plays if we’ve grown to feel connected to their stories.

Some of us need a deep friendship before attraction can grow. For others, there are specific and even esoteric emotions that must be felt to view somebody in a sexual light. People like myself gag at the thought of having sex with a stranger.

“I used to wonder what was wrong with me when all of my friends gushed over Brad Pitt,” my friend Jillian tells me. “I’ve learned that I’m not broken. I’m just demisexual.”

The truth is, solo sex might be more important for the demi than almost any other sexual type.

For many people, though, this sudden surge of lust can be triggered by random people around us: You see a hottie at the coffee shop and before you know it, you’re going to town in the comfort of your own bed, alone. For me, that intensity isn’t typically connected to anyone in particular – it’s more a matter of being excited by the idea of getting off hard, and being pleasantly surprised to discover some kinky connection with the right kind of person.

Since most demisexual folks aren’t about to scratch their itch with a stranger, we’ve got to take our sexual needs into our own hands to fill in the gaps. Solo sex is a safe way to get off and relieve sexual tension in a way that feels pressure-free. And it’s where our fantasies thrive because we don’t have to wait for the right kind of partner.

Whether we’re exploring our body with our fingers or a fun new toy, we get to imagine our ideal partner and feel no shame. Or, we get to simply fantasize about whatever situations turn us on. And some of us demis are perfectly happy to help somebody else get off if we don’t have to touch them. Personally, I’ve gotten more than one thrill by simply allowing guy friends to watch a video of me pleasuring myself.

At the end of the night, demis aren’t all that different from non-demis: we like what we like, and there’s no shame in an act of self-love. 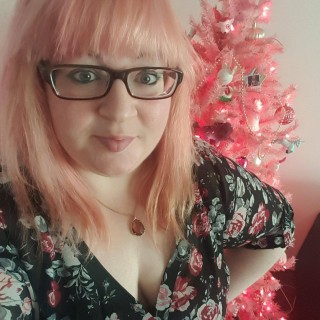 by Shannon Ashley
website
Shannon Ashley is a top writer on Medium who's known for covering awkward, honest, and occasionally cringeworthy tales. When she's not writing, she's a single mom, dreamer, and blogging mentor.
demisexualsfantasymasturbationSex!
Share:

Like all of the sexual orientations under the sun, heteroflexibility should be celebrated.

Leo season occurs at the apex of summer, bringing plenty of heat to your relationships.

Exploring Intersex and the Sex Spectrum

Natural biological sex is much more complex than the male/female binary.

Here are 10 of our favorite posts about sexuality, orientation, and gender identity.